My boyfriend has a red beard, I’ll tease him about being Red Beard the Pirate, which compliments my redhead quite well. Other than that he has dark hair. Which he thinks of as odd, but actually it is quite common. There are different genes for red hair on your head versus red hair in your beard (if you’re a guy, girls get it lasered), and the genes for red beards are much more common than red heads. Look closely at guys’ beards; you’ll often find they’re sort of calico, a mix of black and brown and red and white and grey. This kind of mix is very common. 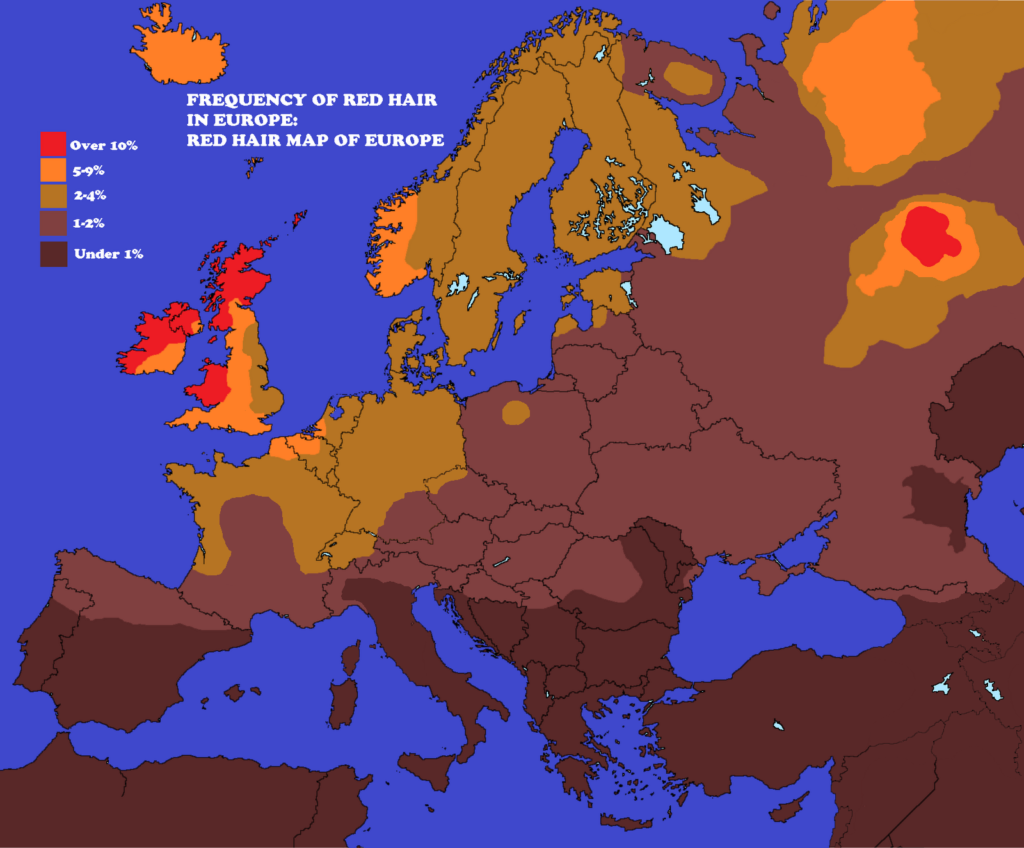 I have red (don’t believe everything you read) that the Udmurt People are the most red haired in the world, even more than the Irish. I don’t know of any data to back that up, but they do have a lot of redheads. ~XO
Kaydence At A Glance